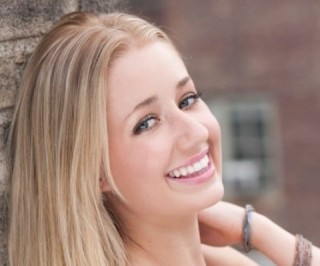 WHAT I LEARNED AS AN ACTOR CASTING MY FILM

Not only am I the writer, producer and star of MOTHER OF THE WEEK, but I’m the Casting Director.   And I learned a lot as an actor doing this!!

For a point of reference, here’s the breakdown of the characters:

KAITLIN – Female, 6 years old, Stacey and Tim’s daughter, smart and adorable in “The Shining” kind of way. (Must be comfortable with dialogue and being a lead character).

DAWN – Female, early 40’s, brassy, outspoken, best friend and a comic foil for Stacey, earthy and not one to hide her opinions about anything.

NOAH – Male, 12 years old, Stacey and Tim’s son, typical Tween, nose buried in an iPad, but just starting to notice girls in general and the nanny in particular.

TYLER- Male, 2 ½ years old, Stacey and Tim’s son.  No dialogue but must like dogs.

Pictured is Lexi Zettle who booked the role of MARISA! I love her!!!!

To find actors, I solicit all my actor friends who may be good for the roles. I email my publicist extraordinaire, Laurie Sheppard.  I email my agents and put the casting in the Breakdown Service.  I get over 300 submissions for each part, except TYLER, the 2 ½ year old.  I get only 3 for him.

Now, I have to tell you, I’ve not put an ad in the Breakdowns before, and here’s what I learned as an actress:

How annoying was that to have to sift through so many actors who look at least 10 years younger or older than the role!   And I guess to some people, “California Girl” doesn’t mean blonde and beach-ready.  (Note to Casting Dir self:  If you want “blonde” or “dirty blonde”, ask for it!!!)

Now, I’ve heard this a million times as an actor, but when casting I felt so duped when I clicked on a reel and the actor looked NOTHING like their gorgeous headshots.   There was one beautiful blonde who had great shots, and in her reel, she turned profile to reveal a mucho grande schnoz.  Nothing wrong with a big nose, but not what I wanted on my California girl!

Thank G the blonde schnoz had a reel, or I’d have wasted a precious audition spot!   Furthermore, after that incident, I didn’t even consider any actor without an online reel, even the ones who were submitted and gushed about by their agents or managers.  (Unless they looked like a model, of course.  If you look like a model, you’ll get called in a lot.  A hard pill for me to swallow, too..)